Summary: Two teenage boys, on opposite sides of a conflict tearing apart Burma, find common ground. Chiko worries about taking care of his mother after his father is arrested for being a traitor to the government. Hoping to become a teacher, instead he is forced into the army and is sent on a mission against the rebel Karenni tribe. Injured by a mine, he is discovered by Tu Reh, a member of the Karenni. Full of hatred for the Burmese soldiers that burned his village, Tu Reh at first thinks he should let Chiko die in the jungle. But something makes Tu Reh bring Chiko to the refugee camp that he lives at. Both boys will find a new path for themselves--one that holds out hope for their country.

Told in the voices of Chiko and Tu Reh, their stories are symbolic of the violent conflict that is currently tearing apart the country of Burma. Each boy struggles internally with ethical and moral issues, slowly finding a way to resolve these dilemmas. By choosing the harder path, both Chiko and Tu Reh mature, each story serving as counterpoint for the other's. Full of heartfelt language that describes both the daily life and the hardships of the Burmese and Karenni people, Bamboo People offers a look at a little-known current event. For more about other Asian conflicts, look at The Clay Marble by Minfong Ho.
Posted by Melissa Rabey at 9:37 AM

I read this book a week or so ago and REALLY enjoyed it. I liked the writing, the characters, the story line, and that I learned something about Burma 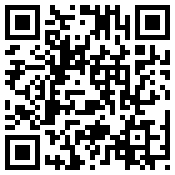